Enjoy some of the finest Whiskey and Cocktails in NOrthwest Indiana

*ASK ABOUT OUR FEATURED WHISKEY FLIGHTS

Breaker Bourbon
New American bourbon from the first craft distillery in the golden hills of California's Central Coast. The master distiller blends each small batch from only eight carefully hand chosen barrels that have been aged for at least five years. The taste is sweet vanilla, with hints of white chocolate and buttery biscuits.
1.25oz 9.5 | 2oz 14.5

Masterson’s Rye
100% rye whiskey that incorporates fragrant and plump grains of rye and pure glacial water from the northern Rockies into a meticulous distillation process that utilizes an old-fashioned potstill.
1.25oz  14.5  |  2oz  20.5

Tincup American Whiskey
It has a bourbon style profile with a bold and spicy finish. TINCUP gets its signature flavor by balancing the spice and pepper flavor of rye with the sweet and smooth taste of corn and malt.
1.25oz  7.5  |  2oz  11.5

FEW Rye
The generous rye content is married with the sweetness of corn for a genteel interpretation of the venerable spirit. Patiently aged in air-dried oak barrels, its spicy character transcends mere resurgence.
1.25oz  8.5  |  2oz  12.5

FEW Single Malt
This single malt whisky is made with both un-smoked and smoked malted barley (with cherry wood as the wood source). It is a seasonal release with a small production (for the moment anyway). All grains are sourced within 100 miles of Evanston, Illinois, a suburb of Chicago, where the distillery is located. Though not required of a single malt made in the US, this is produced from 100% malted barley.
1.25oz  10.5  |  2oz  15.5

Redemption Rye
Redemption Rye’s goal is to bring back the classic American Rye cocktail. While the Federal law states that a whiskey must be 51% rye grain to be classified as a rye, Redemption's grain content pushes 95%. This not only pushes the flavor forward, it also magnifies the unique profile of the rye grains. Beautiful flavored rye spice with light floral and citrus notes. True rye flavor.
1.25oz  7.5  |  2oz  10.5

Blade & Bow
A homage to the legendary Stitzel-Weller distillery, Blade and Bow Kentucky Straight Bourbon Whiskey uses a unique Solera System aging to preserve some of the distillery’s oldest whiskey stocks, including some of the last bourbon produced there before it closed in 1992.This bourbon has a subtle aroma of fresh fruit and a taste that includes hints of dried apricot, ripe pear and a sweet roasted grain. The finish has notes of charred oak and warm winter spices.
1.25oz 8.5 | 2oz 12.5

Bookers Bourbon
This golden amber liquid boasts robust flavors with a complex nose that has an aroma of vanilla on the front. The taste is deep and complex with flavors of vanilla, nuts, and oak.
1.25oz 16.5 | 2oz 22.5

Buffalo Trace Bourbon
Made from the finest corn, rye and barley malt, this whiskey ages in new oak barrels for years in century-old warehouses until the peak of maturity. The taste is rich and complex, with hints of vanilla, toffee and candied fruit. The smooth finish lingers on the palate.
1.25oz 6.5 | 2oz 9.5

Bulleit Bourbon
Bold, spicy character with a finish that is distinctively clean and smooth. Mid-palate is smooth with tones of maple, oak, and nutmeg. Finish is long, dry, and satiny with a slight toffee flavor.
1.25oz 6.5 | 2oz 9.5

Bulleit 95 Rye
Russet in color, with rich oaky aromas. The taste is exceptionally smooth, with hints of vanilla, honey, and spice. Finish is crisp and clean, with long, lingering flavors.
1.25oz 6.5 | 2oz 9.5

Evan Williams 1783 Small Batch
A superb Kentucky straight bourbon from Evan Williams, produced in small batches. The 1783 expression is named after the year that Evan Williams set up his distillery on the banks of the Ohio River.
1.25oz 5.5 | 2oz 8.5

Heaven Hill
Light vanilla, spices, and brown sugar on the nose and follows through on the palate. Clean, woody finish with some heat.
1.25oz 5.5 | 2oz 8.5

Jim Beam Bourbon
Aged twice as long as the law requires, Jim Beam is great for mixing with cocktails, and a great introduction to Bourbon Whiskey. It opens sweet, with light caramel and vanilla flavors and, later, a slight woody char.
1.25oz 5.5 | 2oz 7.5

Knob Creek 100 Bourbon
This Rye is patiently aged and made with a blend of the finest quality rye to create an extraordinarily smooth yet spicy finish. You will find tastes of bold rye spiciness with undertones of vanilla and oak.
1.25oz 9.5 | 2oz 14.5

Makers Mark Bourbon
No rye mashbill. Red winter wheat is used, along with corn (the predominant grain) and malted barley. This particular mash bill gives it a sweeter taste than most traditional bourbons that use rye.
1.25oz 6.5 | 2oz 10.5

Journeyman Silver Cross Whiskey
Blends the sweet luscious caramel essence of corn whiskey to satisfy the bourbon fans, the spicy red fruit and pepper of the rye, the rich malty earth notes of the barley for the scotch aficionados.
1.25oz  9.5  |  2oz  13.5

Journeyman Last Feather
Fruit-forward whiskey that finishes with a gentle crescendo of spice and pepper from the rye.
1.25oz  9.5 |  2oz  13.5

Journeyman Featherbone Bourbon Whiskey
Balance of Michigan wheat to provide a soft sweetness, a dash of rye to provide a little spice, and a bit of barley malt to smooth it all out. Classic vanilla aroma and sweetness with hints of malt, spice and tobacco.
1.25oz  9.5 |  2oz  13.5

Traverse City Bourbon
Sweet at first, but spicy flavors from the rye quickly catch up and balance the taste, with an earthy pecanlike flavor mixed in.
1.25oz  8.5  |  2oz  12.5

J Rieger KC Whiskey
Bottled at 92 proof and comprised of Whiskeys aged at least 7 years, our Kansas City Whiskey is a balanced, smooth, and slightly sweet and powerful whiskey that is beautiful when served neat or on the rocks.
1.25oz 6.5 | 2oz 9.5

Jack Daniels Tennessee Whiskey
The mash bill is made up of 80% corn, 12% rye and 8% malt. The spirit is filtered through 10 feet of sugar maple charcoal to produce a mellow, slightly smoky character. A soft dry body with caramel corn and white pepper notes and a sweet burning ember finish.
1.25oz  6.5  |  2oz  9.5

Gentleman Jack Daniels Tennessee Whiskey
Distinctively earthy on the nose with traces of wood. The smooth flavor is rich and hearty with a slightly dry start that becomes sweet with hints of licorice before a demure finish.
1.25oz  7.5  |  2oz  10.5

Jack Daniels Sinatra
Made with unique barrels that have deep grooves specially carved into their staves to expose the whiskey to extra layers of toasted oak. Bold character, and pleasant smokiness, punctuated by an incredibly smooth vanilla finish.
1.25oz 26.5 |  2oz -

Jack Daniels Single Barrel Rye
This historic creation marries the smoothness of Jack Daniel’s with a unique 70% rye grain bill. Complex flavors of ripe fruit mingle with light toasted oak notes to create a taste rich with spice and a pleasant lingering finish. This is a big, bold rye that does not overpower.
1.25oz  10.5  |  2oz  14.5

High West Double Rye
An unusual shotgun marriage of two rye whiskies from two different distilleries back east, Double Rye! combines a feisty high rye 2-year-old and a saddle smooth 16-year-old. The younger rye has a mashbill with 95% rye/5% barley malt and the older has a more typical rye mashbill with 53% rye and 37% corn. The resulting combination is bold, balanced, complex and perfect for mixing.
1.25oz 8.5 | 2oz 12.5

WhistlePig Rye
100 proof, 100% rye. Bouquet of oak, citrus, sweet vanilla, and caramel on the nose. Tastes of honey, baking spice melded with toasted pumpernickel and oak tannins. There is a citrus peel zest that lingers in the back of the mouth.
1.25oz  12.5  |  2oz  19.5

WhistlePig Old World
100% rye finished in French Sauternes, Madeira and Port casks. The nose is ripe with peach and apricot, tempered with oak bark, a vein of caramel and a mild mint garnish; the Madeira finish dominates here. The French Sauternes and Port finishes save their influence for the flavor: maple sugar, sea-salty vanilla fudge, and wild winter berries.
1.25oz  19.5  |  2oz  30.5

Dry Fly Bourbon 101
The first ever legal bourbon made in the state of Washington! Sourcing grain from local farmers, it features a first of its kind mash bill of 55% corn and 45% triticale (wheat and rye hybrid). Aged for a minimum of 4 years, it has strong corn forward notes balanced with the light spice of the triticale. At 101 proof, it is dangerously sippable!
1.25oz  8.5  |  2oz  12.5

Crown Royal XR
Contains the final batch of whiskey from the famed LaSalle Distillery. Sweet caramel along with subtle almond and cinnamon. Long, peppery, and warm finish with bitter zest in the middle, then hot and vaguely sweet with hints of toffee.
1.25oz  26.5  |  2oz  41.5

Jameson Black Barrel
Select Reserve has lots of first-fill bourbon and sherry casks in the mix, giving it a much richer flavor than regular Jameson, with a strong sherried note.
1.25oz  7.5  |  2oz  10.5

Glenlivet 15 Single Malt
This 15 Year Old gets its distinctive rich and exotic character from a process of selective maturation in which a proportion of the spirit is matured in French Oak casks. You find notes of sweet fruit and delicate spice.
1.25oz  12.5 | 2oz  19.5

Glenlivet Nadurra
Finished in casks that previously held heavily peated Scotch whiskey, giving a gently smoky twist to the classic, smooth and fruity house style that The Glenlivet is known for.
1.25oz  17.5  |  2oz  23.5

Glenmorangie Quinta Ruban
Port wine finish. Sweet and thick. The port note is chewy and rich with notes of barley sugar and cereal and lots of juicy fruit and berries, a tad cloying.
1.25oz 11.5  |  2oz  16.5

Johnnie Walker Black
On the nose rich dried fruits from the European oak sherry casks. Hints of smooth creamy toffee linger on the tip of your tongue with a sophisticated, smoky finish.
1.25oz  7.5  |  2oz  11.5

Johnnie Walker Blue
Probably the most famous super-premium blend, made up of the finest old-aged malt and grain whiskeys. Velvety mouthfeel, then an explosion of flavor: hazelnuts, honey, rose petals, sherry and oranges. A rich and uniquely long and satisfying finish of smoke and pepper, ending with a glorious touch of spice.
1.25oz  45.5  |  2oz

Monkey Shoulder Blended Malt
Mix of three different Single Malts -Glenfiddich, Balvenie and Kininvie - and is great with mixers or just on its own. Smooth, sweet and mellow vanilla with spicy hints.
1.25oz 7.5  |  2oz  11.5

Oban 14 Single Malt
One of the oldest distilleries in Scotland. Western Highland single malt. Superb, full-blooded fruity malt with a whiff of heather and more than a hint of smoke.
1.25oz  14.5  |  2oz  22.5

Early Times
Early Times follows the strict guideline of bonded bourbons which means the bourbon must be the product of one distillation season, one distiller, and from one distillery, aged at least four years in secured federal warehouses and bottled at 100 proof. This bourbon is unusually smooth and complex, rich in both taste and character.
1.25oz 6.5 | 2oz 9.5 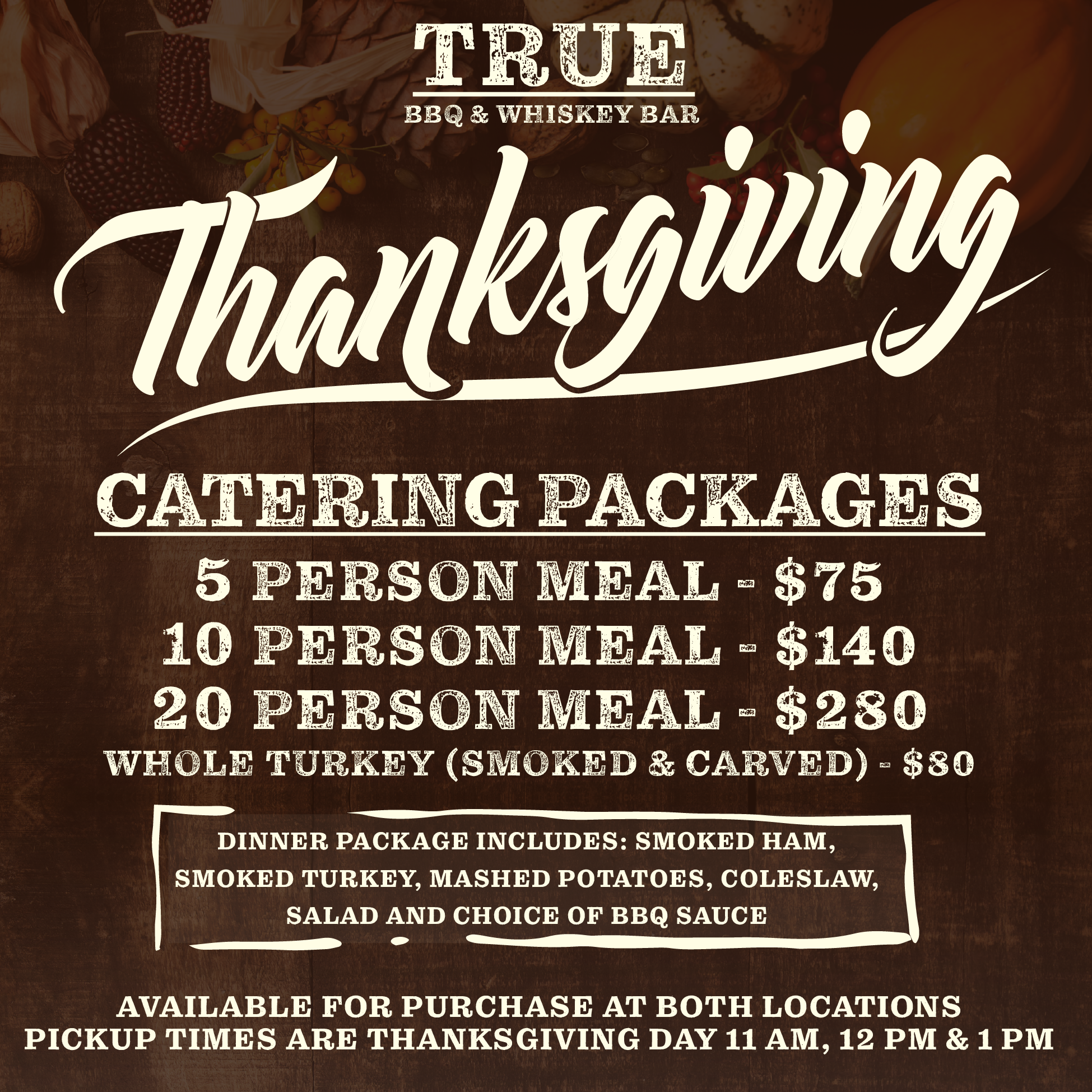